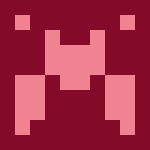 Nigeria Center for Disease Control has announced twenty-two new confirmed cases of #COVID19 in Nigeria. According to the report, 15 of the cases are in Lagos, 4 in the FCT, 2 in Bauchi and 1 in Edo.

As at 09:00pm 8th April there are 276 confirmed cases of #COVID19 reported in Nigeria. Fourty-four have been discharged with six deaths.

Earlier today, a group of 34 Lagosians were arrested and arraigned by the Lagos State Government for defying the lockdown order and engaging in physical exercises on Gbagada-Oworonshoki Expressway.

They were arraigned on one count of violating government’s social distancing order.

Haven pleaded guilty to the one count, they have been sentenced to one month of community service and quarantined for 14 days.